Life in the City

Take a journey back in time to Odense in the Viking era, middle ages and Renaissance. This exhibition broadens your knowledge of times that changed our view of the world. It also tells the story of a tiny hamlet that, over a period of 600 years, transformed itself into an international trading magnet. Be astounded by the many unique artefacts and archaeological finds dug up from the Odense soil. 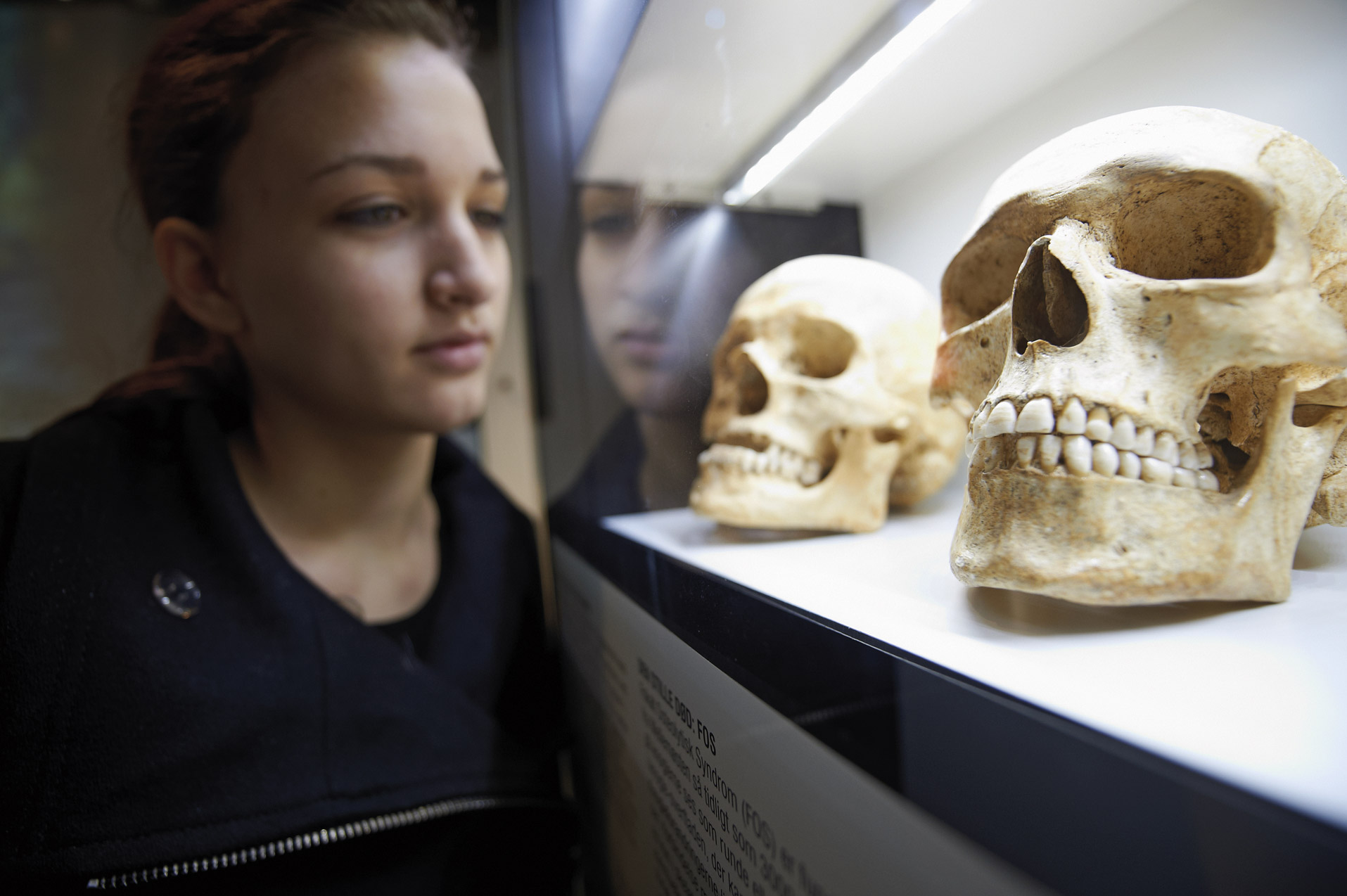 The exhibition’s modern cabinets are located in a Renaissance nobleman’s house that played a key role in the history of Odense. The house is now a splendid backdrop for the exhibition’s 11 historical themes enhanced by sound, light and projected images.

The exhibition in detail

Latrines, armour and a headless skeleton

Experience life at a market, in a backyard and in a home. A life, in which sickness, death and punishment were everyday occurrences, and war was a constant threat. This was also a life that offered cosy saunas, exotic goods, amazingly talented artists and skilled artisans.

Royal assassination and a Viking fort

Your journey through the exhibition starts in the Viking era, during which King Harald Bluetooth erected the fort “Nonnebakken” (The Nun’s Hill) next to the stream, Odense Å, and the last Viking monarch, King Canute the Holy, was assassinated in St. Alban’s Church. You can get very close to a piece of the floor he fell on.

Face to face with a bishop, whose coffin and skeleton turned up where St. Alban’s Church stood in about 1000 AD. Throughout the middle ages the modest wooden church was replaced by a succession of large cathedrals, as ecclesiastical buildings – churches and abbeys – became more and more important for the city and her inhabitants.

PLAN YOUR VISIT
Designed by fingerspitz*